262 – Hugh Gotta Be Kidding Me | Priority One: A Star Trek News Podcast Greetings, Captains! You’re listening to EPISODE 262 OF PRIORITY ONE PODCAST, your weekly report on all things Star Trek! This episode was made available for download or streaming on Monday, March 14th, 2016 at PriorityOnePodcast.com!

We’re getting back to formula this week and we start by Trekking Out some additional insight into the new Star Trek series coming out in January 2017, a very special guest has been added to the list for Star Trek Las Vegas, and for all you do-it-yourself’ers out there that like to tinker with gadgets, we’ve got an awesome project for you to work on this week! In STONews, Winters and Kenna will update you on the latest from the game. Then, Cookie and Elijah are back with their next On Screen review of TNG’s the Big Goodbye. Later, Henry give us his review of some amazing Star Trek-inspired fan creations.

As usual, before we wrap up the show, we’ll open hailing frequencies for your incoming messages.

Let us know YOUR thoughts on this week’s episode by commenting below!

Priority One Productions is always looking for new team members that have a passion for Star Trek.  Please know that all of our positions are volunteer, but we do offer a well-known outlet for your work. If you have a skill that you believe could enhance our content, then send your contact information and experience along with a few writing samples to INCOMING@PRIORITYONEPODCAST.COM

Did you miss any of our great Blogs last week? Stop by THIS LINK and see for yourself! How about our latest Video Release? You can also follow us on the social media sites! We’re on Facebook! Head over to WWW.FACEBOOK.COM/PRIORITYONEPODCAST and say, “Hi!” Or, Check us out on Twitter via @PRIORITYONEPOD for show times and other cool stuff.

Liked this episode? Totally hated it? Leave a comment below or CONTACT US via our handy web form! Enjoy the show!

Greetings, Captains! As we look to provide on-site coverage of special events like STLV'16 and Star Trek: Mission New York, some companies want to learn more about us and our listeners. [...] 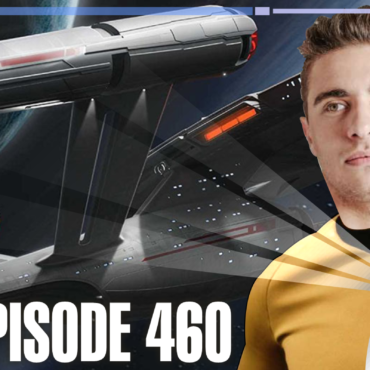