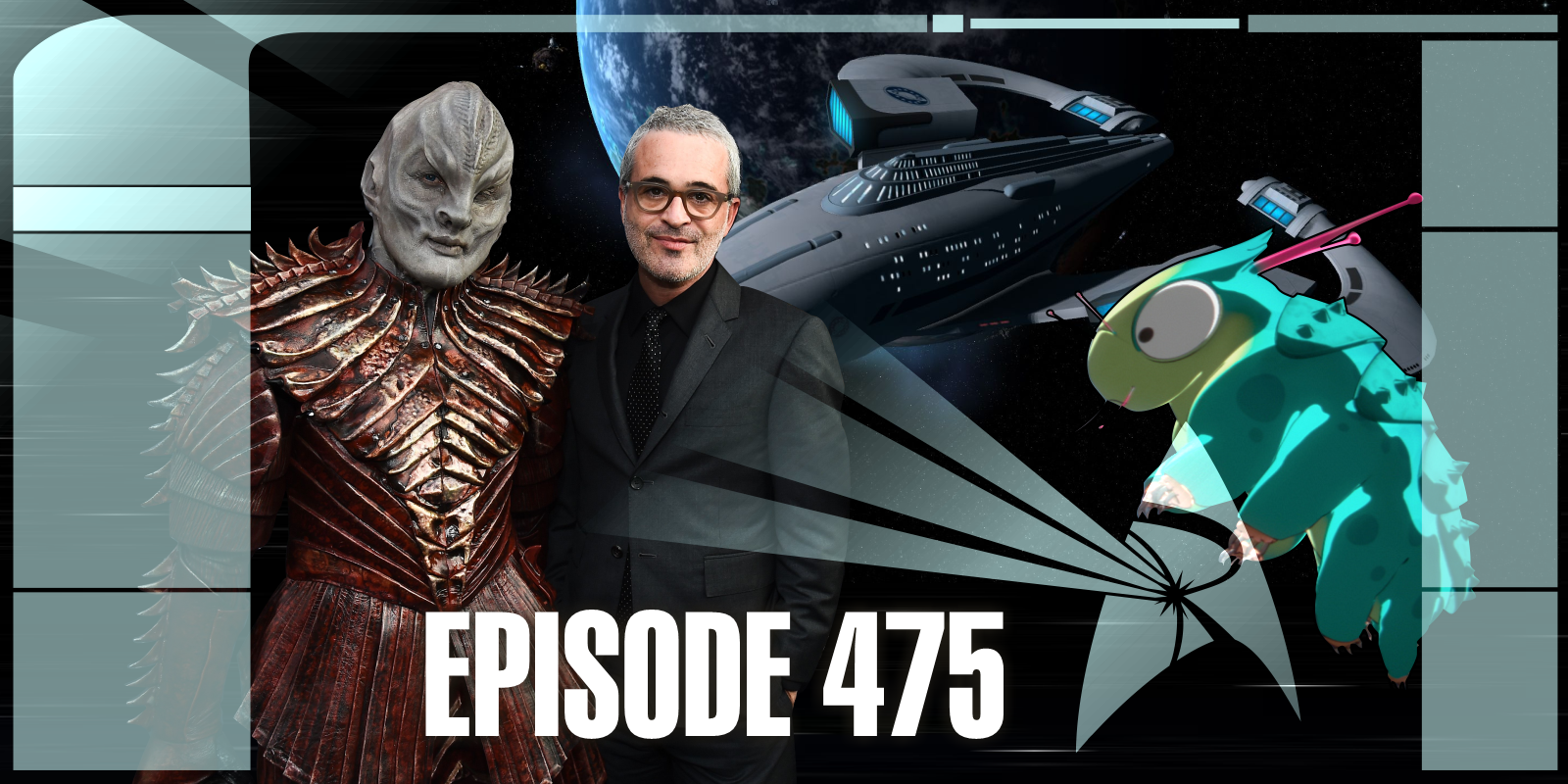 This week on Episode 475 of Priority One — We ‘Trek Out’ Alex Kurtzman’s big feelings on Short Treks – AGAIN, a few good men – and a woman – talk Star Trek litigation, another convention gets postponed, and we shouldn’t necessarily give up – or surrender. In Gaming news, Star Trek Adventures raises a ton of money, Timelines introduces “Whistles and Canaries”, and Fleet Command brings the small screen to the smaller screen!

CQ: If you’re not already playing Fleet Command will this update entice you to start playing?

CQ: Now that Lower Decks has three episodes out, are you enjoying the show? Why or why not?

Kurtzman discussed the birth of Short Treks, telling Deadline they had wanted initially to drop Season 2 before we would be ready to deliver everything we needed to for Season 1, and I said, ” Okay, well how about this? If you delay the drop of Season 2, what we can do is some Short Treks. We’ll use our sets, and try this interesting experiment and see if it works, and it will buy us some time for Star Trek awareness to remain in the cultural conversation.” They said, “Sure, okay. Let’s try it,” and we started out doing five, and people really liked them.

When asked about what was the most difficult aspect of Short Treks, Kurtzman pointed to animation, but spoke highly of old friend Michael Giacchino – and how the composer’s knowledge of the medium helped. what was great about working with Michael was that because he had done this already, he was very prepared for the process, and gave me a headline up front about, “Okay, you’ve got about three or four off-ramps along the way, and then we can’t change it. So, let’s make sure that we have these regular check-ins that allow us to make sure we are agreeing, and heading down the right road, so that when we get to what will become an irreversible moment, we’re feeling great about it.” And that was awesome. That was really helpful for me to understand.

I Know The Law!

Please don’t tell me what I know and I don’t know…I KNOW THE LAW!! Well, maybe I don’t, but we have a couple of law type people here, so this conversation should be interesting!

In a story that broke last week, Video Game developer Anas Abdin lost his Second Circuit Court case against CBS and Netflix. Our script isn’t going to deep-dive into this, because frankly the writer doesn’t know as much as the two experts currently present. In short, the first filing of the suit – which alleged Abdin’s in-development point-and-click space-faring adventure game featuring a gay couple and intergalactic tardigrades was infringed on by “Star Trek: Discovery”’s first season story line and characters – was dismissed by the court for the Southern District of New York.

On August 17th, Abdin’s second go at litigation was as successful as his first, with the judge saying in part “Abdin’s space-traveling tardigrade is an unprotectable idea because it is a generalized expression of a scientific fact—namely, the known ability of a tardigrade to survive in space […] By permitting Abdin to exclusively own the idea of a space-traveling tardigrade, this Court would improperly withdraw that idea from the public domain and stifle creativity naturally flowing from the scientific fact that tardigrades can survive the vacuum of space.”

Do you want to know the law? The ancient concepts in their own language? Learn the intent of the men who wrote them, from Moses to the tribunal of Alpha III? Ask Tony and Cat!

“Now, isn’t that a thought? Here we are, antibodies of our own galaxy, attacking an invading germ. Be ironic indeed if that were our sole destiny, wouldn’t it?” Well staying home, socially distancing, and wearing a mask is our way of destroying a disease, and Destination Star Trek Germany agrees.

“Europe’s Official Star Trek Convention” – Destination Star Trek Germany – has been postponed from October 2020 to June 25th through June 27th of 2021. In a Statement on their website, Destination said in part Due to government restrictions it is with sadness we must postpone this October’s Destination Star Trek Germany event in Dortmund. […] We still plan to centre [OUR NEXT CONVENTION] around Voyager’s anniversary, since it’s not fair that we were not all able to celebrate it properly this year and we know they are still really looking forward to seeing you, as you are them!

In regards to tickets, the announcement said Tickets already purchased will be automatically valid for the new date. In line with the government’s policy, if you cannot make the new date then you can get a voucher from us that you can use for any Destination Star Trek event, in Germany or the UK, or on any DST product, up until December 2022.

If you’re thinking “no biggie, I’ll just head to London in November”, you may want to wait before booking tickets. On August 19th, Destination Star Trek posted on their facebook page We are just reviewing and evaluating things at the moment and we will have an update on Destination Star Trek London in the next few weeks for you all. We really appreciate your patience in this turbulent time and hope that you have all managed to stay well and look after yourselves!

Finally this week, we go Star Trek adjacent. WAY BACK in Priority One Podcast episode 344 we talked about the possibility of a Galaxy Quest television series. Those hopes were dashed with the unfortunate passing of the great Alan Rickman. This week, Collider talked with would-be showrunner of the Galaxy Quest series – Dean Parisot – about his upcoming “Bill and Ted” sequel, but the conversation took a turn towards Galaxy Quest.

Parisot confirmed the series was in planning, and that Alan Rickman’s passing was the reason for the shows cancellation – but he was vague about whether it was REALLY cancelled or mostly cancelled, saying “We couldn’t go forward after that because we loved Alan, who was the sweetest, most generous person on the planet. We just couldn’t see it without him. We’re still talking about it all the time. Who knows.”

Later, Parisot discussed the general plot of the film, telling Collider “It was finding these guys, they’re even more pathetic because it’s 15 years or 20 years later. Tim Allen’s character lets it go that he really went to outer space and have been mocked ever since, they lost their TV show and they’re even more of a disaster. It was a great opening because they were asked to go to Comic Con and they think it’s because they’re going to reinvigorate the series but instead they’re going to hand it off to a younger group of actors. So Jason Nesmeth [Allen’s character] gets in a horrible fistfight on stage and it went from there.”

We’d also like to take a quick second and note that – from James Cawley Facebook page – The Very Large Enterprise Model that greeted fans at the entrance of the old STAR TREK THE EXPERIENCE will be warping it’s way to STAR TREK: ORIGINAL SERIES SET TOUR for permanent display! After a round of restorations, she will be flying high inside our facility! More updates as we progress The post is only viewable by Facebook friends of Cawley, but we’ll be keeping a close eye on upcoming news and announcements. Thanks to our fearless leader Elio for the tip!

The Star Trek Adventures RPG Book Bundle came to a close on August 19, with 17,423 bundles sold and $274,434.09 raised for the NAACP Legal Defense Fund. Priority One Podcast congratulates Modiphius Entertainment on their successful campaign, and its contribution to social progress for all. We’re always glad to see Star Trek license holders help build the better future our favorite franchise promises.

The Capitoline Wolf Mega-Event for Star Trek Timelines continues this Thursday, August 26th with “Whistles and Canaries”. In this Galaxy Event the Maquis, Section 31, and Dominion factions will vie for the new 5-star Captain Erika Hernandez ranked reward crewmember, with the 5-star Jhamel, new 4-star Ransom Shran, and returning 4-star Alidar Jarok as event crew. Of course the enigmatic 5-star Humanoid Figure returns as event crew as well, no doubt with their own nefarious agenda in mind. The Capitoline Wolf ends next week with the “Restoration” Hybrid Galaxy/Skirmish Event.

Launched almost two years ago, Star Trek Fleet Command lets players continue the continuity established by the Abrams Trek films–or the “Kelvin Timeline,” if you’re feeling formal. Since then, twenty-one updates have built out a detailed world for an otherwise narrowly-defined narrative. But in the near future, players might look through the lens flare and ask “new content, who Dis?”…Discovery, that is.On August 24th, game developer Scopely announced outcomes from a recent discussion with ViacomCBS about Fleet Command’s success as a game. “The important news was that Star Trek Fleet Command will soon welcome all of Star Trek’s past, present, and future. That includes the film and TV series from the Star Trek Original Series, Next Generation, DS9, Voyager, Enterprise….Discovery, Picard, Lower Decks, Strange New Worlds, and more to come.” Fleet Command intends to release content arcs focused on one TV series at a time, though a narrative path through the end of this year has yet to be determined. Interactions between story arc elements will depend on the choices that players make when assembling their crews. 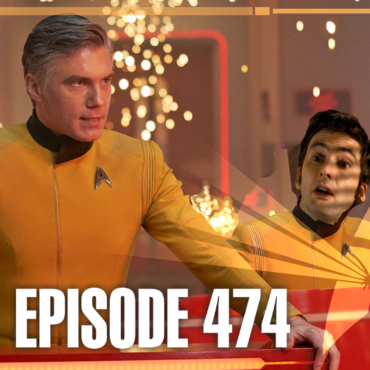 We ‘Trek Out’ Kurtzman’s take on Short Treks & Strange New Worlds, FREE TREK, Dr. Who, “Plateau of Tomorrow” & it’s Good to be Bad! 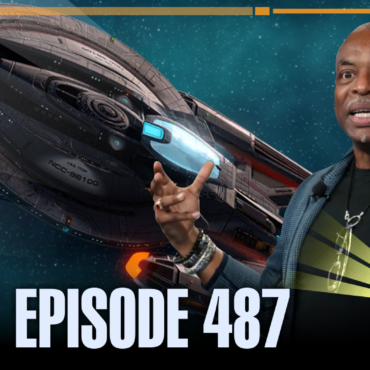 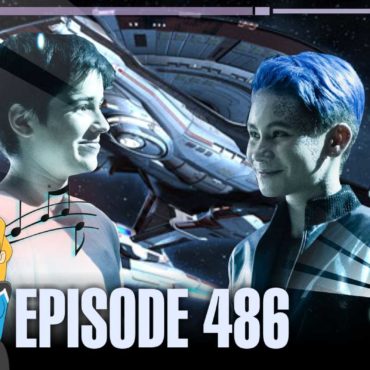