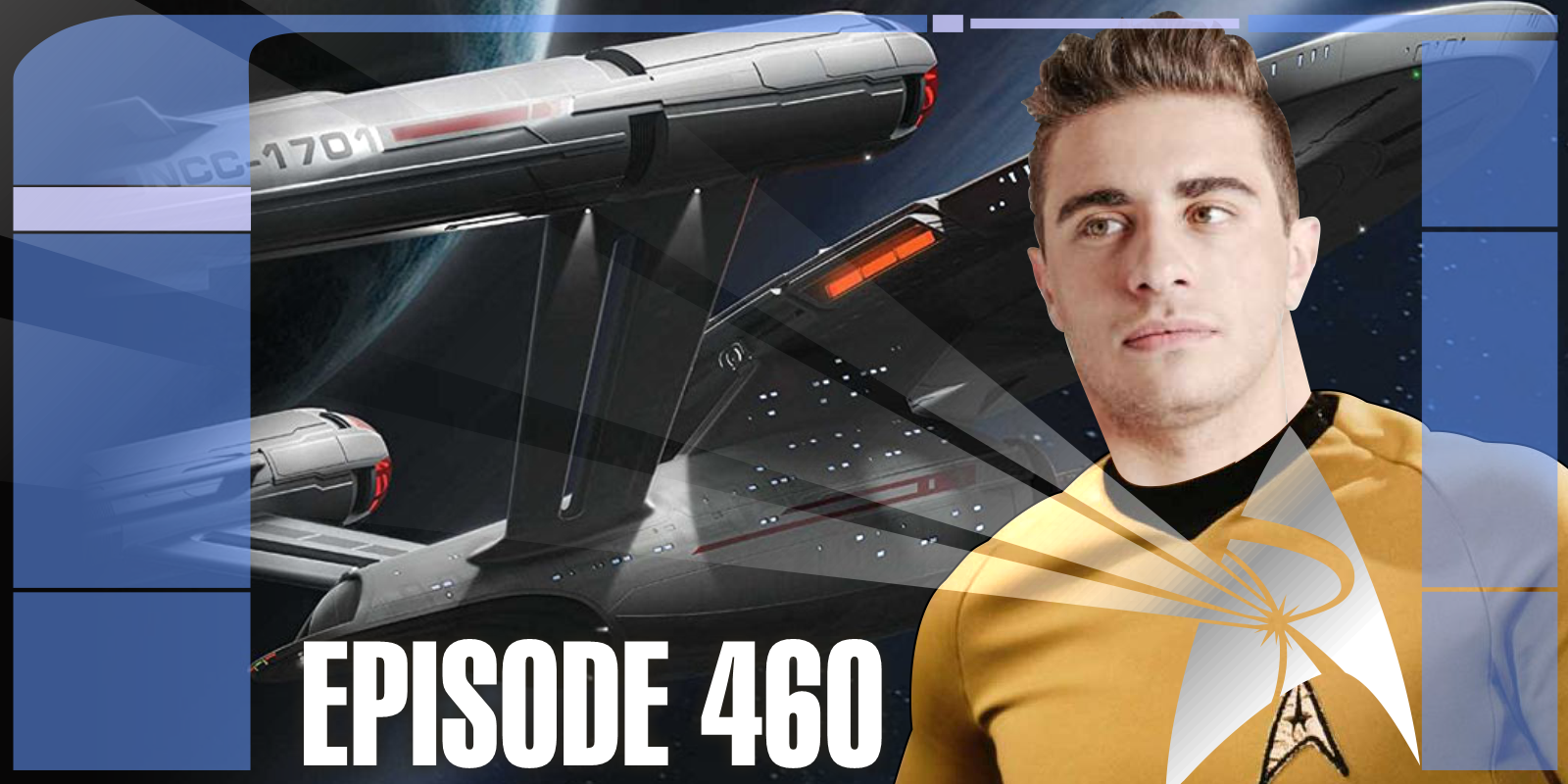 This week on Priority One — We trek out the end of CBS ALL ACCESS, Lower Decks place in the Trek mythos, another possible Kirk recasting, and Intakes! In Star Trek Gaming, Star Trek Online once again teams with Groupees to support the Pop Culture Hero Coalition, more updates to the “Year of Klingon”, and we protect Pahvo in our newest event.

CQ: CQ: Do you believe the rumor that James Cannavale will be the next Kirk? Do you like the casting, or is there someone else you’d prefer?

CQ: What did you think of the Khitomer map updates shared by Star Trek Online?

The end of CBS ALL ACCESS is near! But not really. But kind of. But…let’s get to the story!

On Thursday, ViacomCBS CEO Bob Bakish told investors there would be big changes to the companies Over the Top VOD service – CBS ALL ACCESS – starting with a rebranding of the subscription based service. So see, it’s sort of the end. But not really – Anyway. Bakish said “major changes coming this summer as we track toward the rebrand and relaunch of a transformed product.”. In addition to the 100 plus movie titles added to the service on Thursday – including Star Trek IV, Generations, First Contact, and Nemesis  – All Access programming chief Julie McNamara said in a press release “Expanding CBS All Access’ library of films with these iconic titles from Paramount Pictures is just one of the many ways we’re integrating the phenomenal catalog of IP available to us within the ViacomCBS family”

But movies aren’t the only changes coming to the soon-to-be-artist-formally-known-as-CBS ALL ACCESS. ViacomCBS promises to leverage several of its broadcast properties on the service as well, including Nickelodeon, MTV, Comedy Central, BET, Smithsonian, and Paramount Network. Bar Rescue 24-7!

No firm details were given about release date or price changes, but we’ll be keeping our sensors set to full. Stay tuned!

Mike McMahon is a busy man. This week, the former Rick and Morty showrunner launched a new animated series on Hulu – Solar Opposites – and sat down with Inverse to promote the show. During the interview, McMahon spoke a bit about his next project, Star Trek: Lower Decks.

McMahon gave the vaguest of vague answers when talking about the shows release, saying “I can’t give you a specific answer on when that’s coming out, but we’re still working on it and we’re on track for when we have planned, which is this year”..

The TNG Season 8 creator did open up a bit about where the show fits in the mythos, though, saying “It was important to me that if you know everything about Star Trek and you watch this show then it fits into Canon and doesn’t break Star Trek. In fact, it grows it. And if you know nothing about Star Trek, then all of the canon in Lower Decks feels like mythological, broad understandable sci-fi stuff. So you can still enjoy Lower Decks even if it’s your first Star Trek show.”

Any and every entertainment gossip site has claimed to “break the story” of an upcoming Star Trek: Pike series, but this week a new – and interesting – rumor has expanded on this story. So… like last week’s discussion about potential acquisitions… this is another headline to take with a grain of salt!

Gossip cinema site – The Cinema Spot – claims to have exclusive insider information that the unannounced upcoming Pike series has started casting – wait for it – James Tiberius Kirk. According to the site “CBS All Access is eyeing multiple actors, but sources close to CBS have informed us that the streaming service is very keen on casting Jake Cannavale for the role. He recently held a screentest with Star Trek: Discovery Spock actor Ethan Peck, through Skype”. Through Skype? Really? Skype?

Not to be outdone, “We Got This Covered” – which has a long and spotty scoop history – claimed another TOS character was also being recast “we’ve now heard from our sources – the same ones who told us about the Pike spinoff initially and that Discovery has been renewed for five seasons, which has also been confirmed – that Uhura will also feature in the series. We don’t know whether the producers have any actresses in mind for the role yet, but the character will definitely appear on the show.”

Star Trek fans are a creative bunch. From fanfic to podcast – and everything in between – we sure put our passion to good use. One of those industrious fans, youtube Ryan’s Edits, has taken Star Trek outtakes and put them back into the episode – and it’s even better than it sounds.

From Future Imperfect’s high-fives to Guinan’s…unique advice about the holodeck, these bite-sized trek nuggets are a fun distraction. Trekmovie.com has the newest videos imbedded, so follow our link for easy viewing!

Star Trek Online has once again invited players to join in their effort to raise funds for two worthy causes. Along with fellow Cryptic games property Neverwinter, STO has announced several new Groupees bundles for purchase. At the first tier, for just $2.00, players can claim a Heroic Risian Caracal Pet, a Heroic Tribble, and a new player title, Heroic. At the $10 tier, players can claim two T6 ships, the Federation’s Somerville Intel Science Vessel and the KDF’s Batlh Intel Science Vessel, along with 1 Fleet Module. Buyers of the higher tier will also automatically receive the items from Tier 1. Proceeds from the fundraising will be evenly divided between the United Way Bay Area and Chase Masterson’s Pop Culture Hero Coalition.

This week brought us several new insights into the upcoming Klingon content refresh. On the weekly #StovokorSaturday social media post, Ambassador Kael shared a peek at two updated Klingon ship models. One was the B’rel Bird of Prey we were already expecting, and the other was a new model for the K’Tinga battlecruiser. Star Trek Online’s YouTube channel also posted a recording of last week’s Ten Forward Weekly stream.  In the 38 minute video, Lead Environment Artist Scot Boyd and Senior Environment Artist Nick Duguid sat down to give players a sneak peek of their updated Klingon ground environments. The discussion focused on the Khitomer map used in the Romulan faction mission “Turning Point”, but the updated resources and textures show the kind of improvements to be expected in other Klingon refreshed environments. To see the video yourself, head over to Star Trek Online’s youtube channel.

The Infinity Lock Box Returns With The Quark-class Marauder

The Infinity Lock Box has returned to Star Trek Online for console players, and brings with it new prizes. The box now includes all prizes previously available in the Kelvin Divergence lock box, such as the T6 Kelvin Heavy Destroyer and the T6 Klingon D7 Heavy Destroyer. There’s also a brand new Tier 6 ship appearing in this Infinity Lock Box rotation, the Tier 6 Ferengi Quark Marauder.  We’ve covered the release of this ship back when it arrived on the PC platform, and you can find the link to its full stats in our notes for today’s show.

For those of you who play Star Trek Timelines, you have two events to participate in as of May 14th. The “Caregivers” event features special crew members Amanda Grayson and The Bashirs. There’s also a hybrid event whose first phase is a Faction event featuring Displaced Gabrielle Burnham, Delta Flyer Kim, and Tuskegee Mayweather, along with Pilot crew. Phase 2 will be a Galaxy event following phase 1. 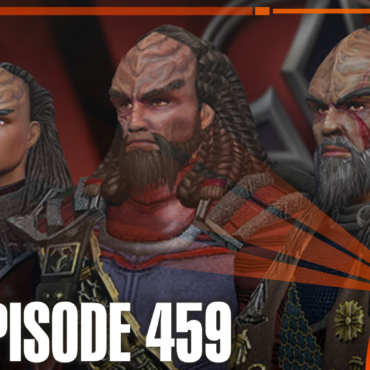 459 – Fuller, acquisition Rumors, and The Year of Klingon | Priority One: A Roddenberry Star Trek Podcast 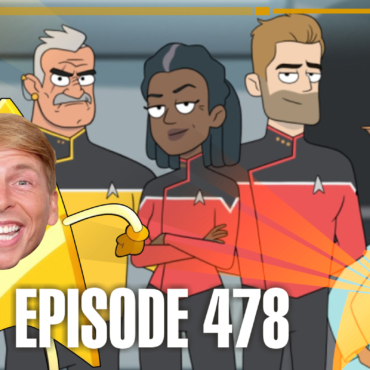