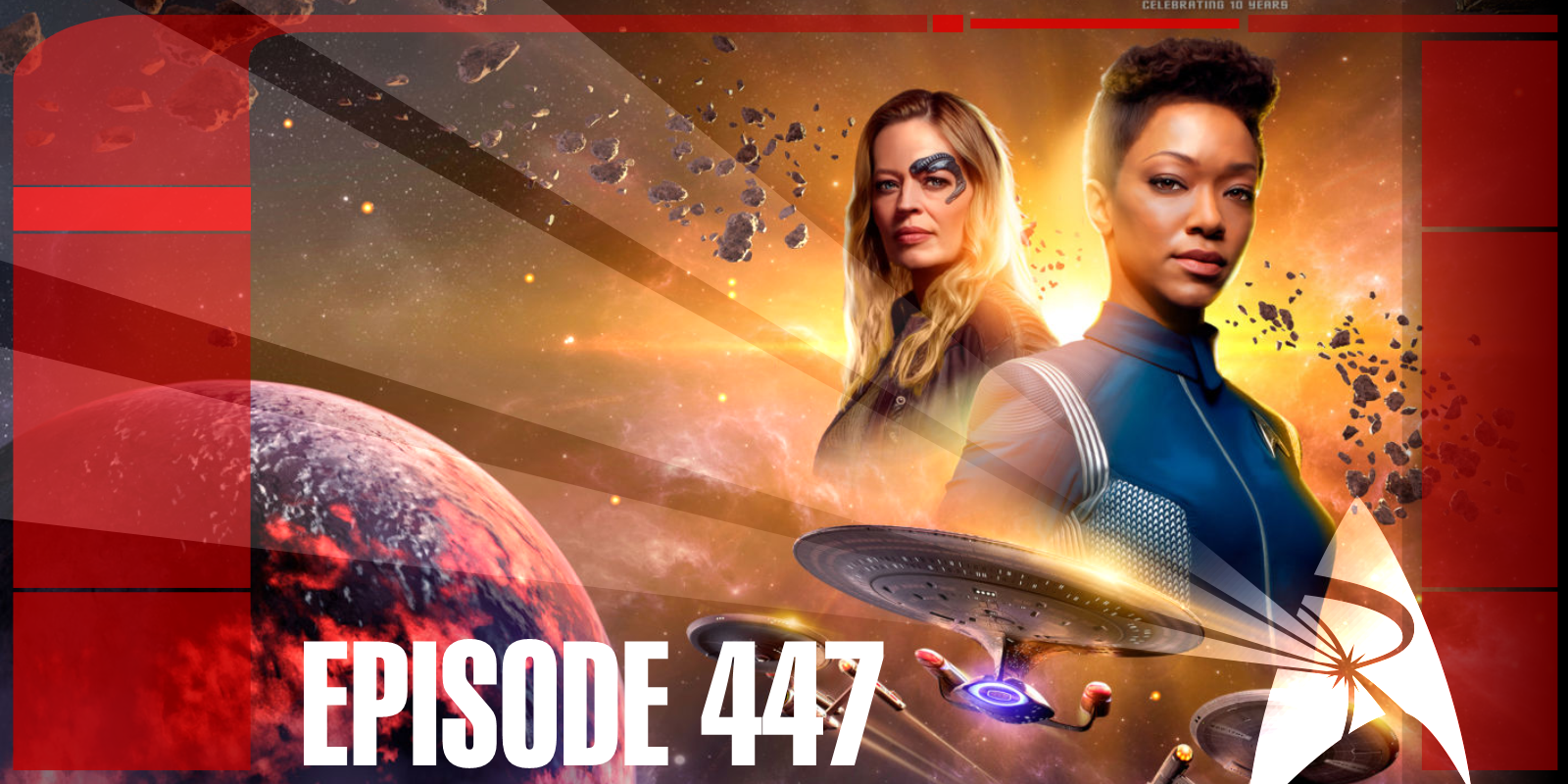 This week on Priority One — We’re joined by Guest Host – Star Trek Online’s Community Manager Mike “Ambassador Kael” Fatum to chat about Star Trek Online’s 10th Anniversary. Star Trek gets some superbowl love; Wil Weaton invites us into the Ready Room; and, in On Screen we’re setting up for an adventure with Star Trek Picard Maps & Legends…  And of course, we can’t sign off without sharing your incoming messages.

CQ: CQ: What do you think Guinan has been up to since Star Trek: Nemesis?

CQ: CQ: Did you enjoy the 10th anniversary episodes? Where do you think the Star Trek Online story is going now?

Wil Wheaton has traveled a long way from his days on Star Trek The Next Generation.  He has become a successful writer, a sought-after audio book narrator, a podcast and web series host, and returned to television as himself in “The Big Bang Theory”. And the release of Star Trek: Picard sees Wheaton finally return to TV screens for Star Trek. No, he’s not appearing as a character in the series. Not yet, anyway! Instead, he’s been tapped to host the aftershow, “The Ready Room”. He sat down to chat recently on a number of topics with Wired.Com’s podcast “The Geek’s Guide to the Galaxy”. Among those subjects was, of course, his place on “The Ready Room”. Asked what he thought makes an aftershow like this work, Wheaton offered, “What I’m trying to do is…be the person inside the room for all of the nerds out in the audience. Because until I was in the room, I was a nerd out in the audience. (39:46)

He wanted to be bringing up the questions that he would have wanted asked as that “nerd”.

On the subject of watching Star Trek at home, Wil says that his wife, Anne, was definitely not a Star Trek fan. Though he concedes “I imagine the experience of watching Next Generation with me is not the best experience, because I talk through the whole thing. Because everything triggers a memory.” (45:42) . However, the couple have watched every episode of Star Trek Picard, and Wil was surprised to find that “She is crazy about it. She loves Picard in a way that I didn’t think was possible!” (46:21)

That reaction from his wife has given Wheaton hope that Picard may bring together lots of other couples where one spouse is the “nerd” and the other is the “muggle”, as he says.

You can catch “The Ready Room” every week on Facebook Live, following the release of new episodes of Star Trek: Picard.

Star Trek Warps in for the Super Bowl

This Sunday evening, 102 million viewers sat down to watch the U.S.S. Enterprise warp onto their televisions. Okay, okay, maybe that’s not exactly why they sat down. But thanks to a typically big budget Super Bowl commercial from retailer Walmart, that’s exactly what those 102 million viewers got to see. The one minute TV spot opens in orbit above Earth. With the distinctive new warp sound effect from Star Trek: Discovery, the show’s new U.S.S. Enterprise appears on screen. From there, the commercial parades through a who’s-who of Sci-Fi franchises – The Lego Movie, Flash Gordon, Men in Black, Bill and Ted, Mars Attacks, Arrival, Blade Runner, Marvin the Martian, and even Star Wars. In another shot, with the Enterprise hanging in the sky, two store employees laden with shopping bags are beamed out to deliver their goods.

And, in a follow-up bit of viral marketing, the company invited social media users to engage to see another short scene.  In this one, a Walmart employee beams back to the store with a rapidly overflowing bag of tribbles, before pleading with people to adopt the tribbles.

Aside from being a bit of Trek related fun in the Super Bowl advertising, this must be considered a remarkably high profile splash for CBS’s ever active promotions team. How many viewers in 102 million might have seen this and thought “Wow, that Enterprise looks amazing! I should watch the new show.”?

According to a recent press release from ViacomCBS, Star Trek: Picard, along with the Grammy Awards live stream, drove CBS All Access to a new record for subscriber sign-ups in a single month. Not only that, but Picard’s premiere set a new high water mark for the streaming service’s record of total streams.  The previous record was set back in 2017 by the series premiere of another Star Trek show, Star Trek: Discovery. Without sharing specific viewership data, CBS has announced that Picard drove subscriber volume up by over 115%, and reached more than 180% of the record set by Discovery. Speaking in the press release, Marc DeBevoise, President and CEO of CBS Interactive, said “We’ve seen tremendous continued growth in the service, and the new records we’ve experienced due to STAR TREK: PICARD, the GRAMMYs and a fantastic season of football are a phenomenal way to kick off what will be a fantastic year for CBS All Access.”

On the back of the show’s strong performance, CBS All Access has now released the first episode, “Remembrance” to view completely free on the streaming service’s website or mobile application. If you haven’t pulled the trigger on a subscription yet, this is your chance to get a glimpse of the show.

This week on Priority One, we sat down with Star Trek Online Community Manager Mike “Ambassador Kael” Fatum to talk all things Star Trek Online – including the 10 Forward Live Stream, the recently released ARG publicity push, and what’s to come for Star Trek Online! We would like to extend a huge thank you to Mike Fatum for his time and engagement!

The Borg Exoskeletal Frame has been made available for Bridge Officers in the Tailor, there are more hair options for Romulan Female and Romulan Male players, and Michael Burnham’s Short hair – “Tight Curls Raised” – has been added as a free unlock! To the tailor!

This week in Armada News: 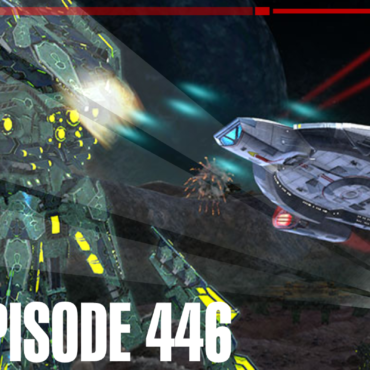 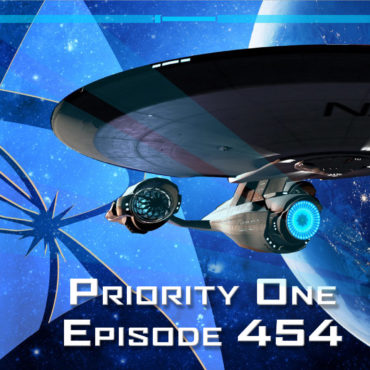 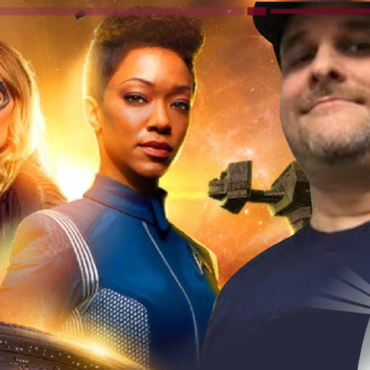