426 – Laying Down the law | Priority One: A Roddenberry Star Trek Podcast 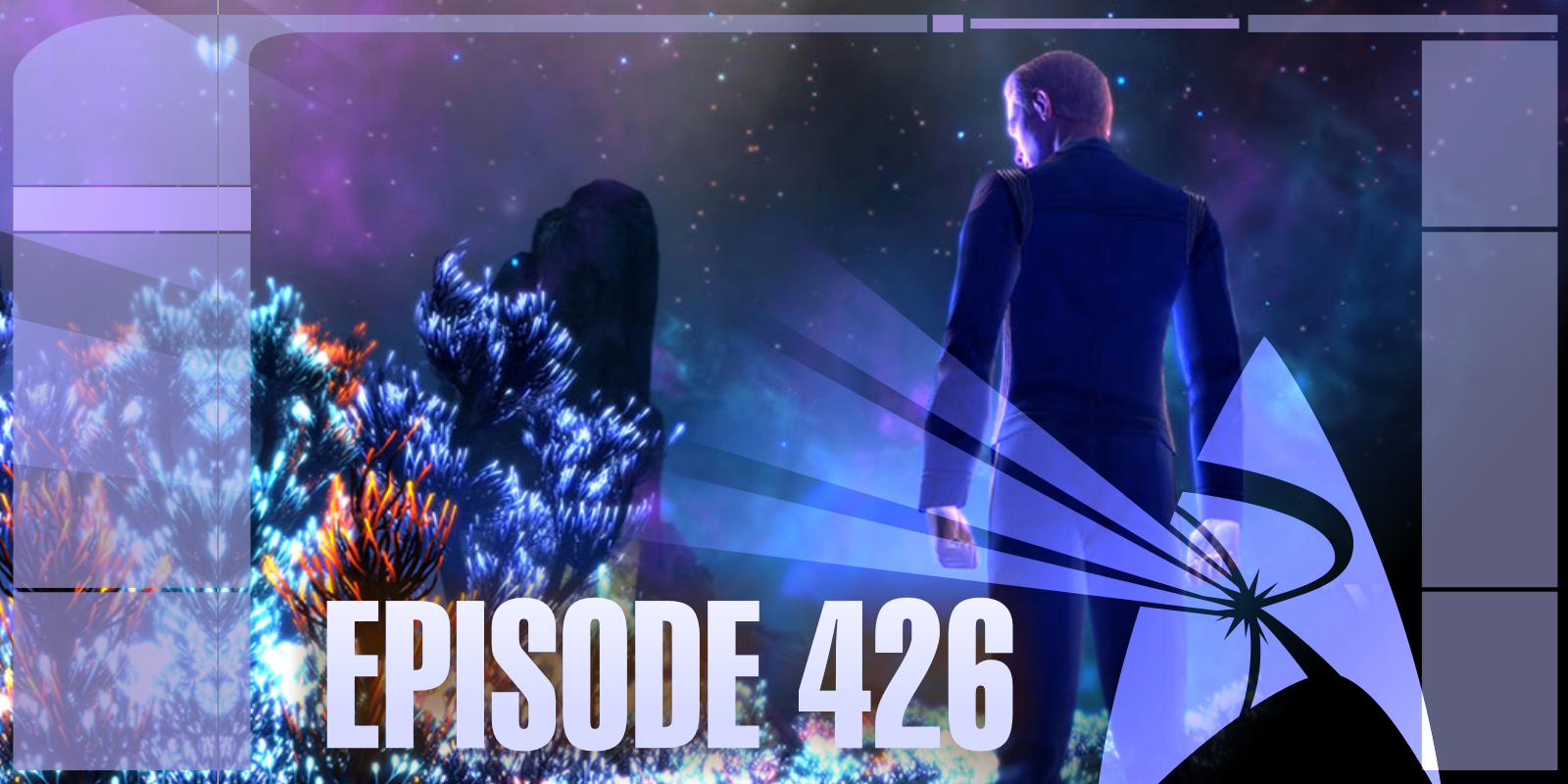 This week, we #TrekOut the BIG NEWS – Viacom and CBS have finally re-merged and what that means for Star Trek. Tony and I are here to give you OUR perspective – not only as trekkies – but as LAWYERS…and Henry will be there too!

In Star Trek Online and gaming news, we look at Star Trek: Online’s “Awakening”, the upcoming episode “Beneath the Skin”, and talk about how much we LOVE temporal mechanics!

CQ: What do YOU think the newly formed ViacomCBS means for Star Trek?

CQ: Which of the upcoming changes to existing STO T6 ship classes are you most excited about? Why?

There are stories that we cover here on Priority One Podcast that tend to keep popping up. Star Trek Kelvin IV, Tarantino Trek, how Guard Frequency is a pretty good show and you should check it out. But one story that has popped up for years, the reunification of Viacom and CBS, may finally be getting a conclusion!

It had been suspected that talks were “Heating up” between the two National Amusement properties back in April, when CBS Acting Chief Executive Joe Ianniello’s contract was extended through 2019. It was believed that Ianniello, who had been serving as former CBS CEO Les Moonves’ replacement since September 2018, was both amicable to – and necessary for – a re-unification of CBS and Viacom. On May 30th, CNBC reported that merger negotiations were set to resume in mid-June. Then, on July 15th, both CBS and Viacom announced that they would present their financial earnings reports on the same day, August 8th, for the first time in “many quarters” – sending the industry into a state of rampant speculation. Finally, on August 13th, the deal was announced.

The new entity, known as ViacomCBS, will merge assets from both companies – including Showtime, Nickelodeon, CBS Television Studios, and Viacom’s newly acquired streaming service Pluto TV. Viacom CEO Bob Bakish will serve as President and CEO of the newly merged company, and former CBS interim-CEO Joseph Ianello will serve as a chairman and CEO of CBS. Board Chair, and orchestrator of the merger, Shari Redstone said in the official announcement “My father once said ‘content is king,’ and never has that been more true than today. Through CBS and Viacom’s shared passion for premium content and innovation, we will establish a world-class, multiplatform media organization that is well-positioned for growth in a rapidly transforming industry”

Star Trek was specifically cited as an asset by CEO Bob Bakish in an investment press presentation, expanding on the release by saying “We will have one of the largest libraries of iconic intellectual property, including more than 140,000 premium television episodes and over 3,600 film titles. Notably, this library reunites TV and film rights for some of our most popular franchises, including Star Trek and Mission: Impossible. And we see significant potential to better leverage these and other properties across platforms and assets, including film, television, live events, recreation and consumer products.”

While much of the excitement centers on the combination of intellectual properties – including “Mission Impossible”, “NCIS”, “Transformers”, “South Park”, “The Twilight Zone”, and of course “Star Trek” – a big factor in the merger seems to focus on “Direct to Consumer” video-on-demand services. In an investor call made on August 13th, Ianello said “Just think about adding content from Nickelodeon, BET, MTV, Comedy Central to CBS All Access, and Paramount movies to Showtime. And also imagine our [ad-supported video on demand] properties like CBS Sports HQ and ET Live being added to Pluto [TV]. Plus, all of this will increasingly be done on a global basis.”. When asked whether the price-points of ViacomCBS’s current VOD services will be affected by the merger, Ianello said ViacomCBS would take a “slow and steady” approach to any changes.

Awakening: Beneath the Skin!

Previously in Star Trek Online, the villainous J’Ula unleashed her fearsome Mycelial weapon upon the Federation, catapulting her fleet of 23rd century Klingons into 2410, along with your Age of Discovery player Captains. Awakening: Beneath the Skin will be the next episode in the story, releasing on PC September 10th and later this year on consoles.  Joined by Star Trek Discovery’s Anthony Rapp, voicing a holographically reconstructed Paul Stamets, your Captain must venture into the Mycelial Network itself to stop J’Ula before she turns the power of her weapon on the planet Andoria.

Putting the “Temporal” in “Temporal Starships”

A number of frequently requested changes will be coming to Star Trek Online soon(™)!

First, the entire collection of T6 Temporal Destroyers and Science Vessels originally released with the Temporal Lock Box are being brought up to date with the Temporal Specialization. These ships will now boast a Temporal Operative specialization on the Commander bridge officer seating, and will gain access to the Molecular Reconstruction game mechanic.

Second, ships formerly called “Flight-Deck Cruisers” are being uniformly updated to “Flight-Deck Carriers”. As such, they will retain the 8 weapon configuration of Engineering cruisers, while boasting 2 hangar bays as carriers. All ships of the type will also have access to the Shield Frequency Modulation and Attract Fire cruiser commands.

Lastly, not unlike the changes to Flight-Deck Carriers, current Escort Carriers are also being updated. To reinforce the differences between these ships and other true carriers, these ships will be reclassified as Strike Wing Escorts. Additionally, their Quick Deployment ship mastery will be replaced with Enhanced Weapon Systems.

As of September 19th 2019, Star Trek Online will end support for XMPP client connections to its internal chat systems. This change has been explained in a Cryptic blog as a measure taken in order to cut down on gold spamming activity over in-game chat channels.

The currently running Featured TFO, Arena of Sompek, will be wrapping up on August 29th.  This event is also the last chance to finish collecting T6 Ship Coupons for a free T6 starship from the C-Store, so be sure to reach 3000 Coupons before the Event ends!

Console Captains can take advantage of a Bonus Marks weekend. From August 22nd to August 28th, missions and event that reward the player with Rep Marks will be rewarding extra marks.

Combined Events on both PC and Console

From August 29th through September 2nd, the galaxy is under triple threat. Engage in Red Alert actions to defend against attacks by the Borg, the Elachi, and the Na’Kuhl.

Time for the Lightning Round

Are you lying in a smoking sprawl on the floor of the Sompek Arena again? Tired of being blasted by high voltage? If you find yourself having a hard time staying ahead of the Sompek Lightning strikes while battling your way through the Arena, don’t worry! By sheltering in the walkways beneath the Arena ramps, you can avoid the lightning strikes. Be warned, though, if a lightning strike targets you before you move under cover, you still have to move away from the blast radius to avoid being struck.

Download now: 426 – Laying Down the law | Priority One: A Roddenberry Star Trek Podcast 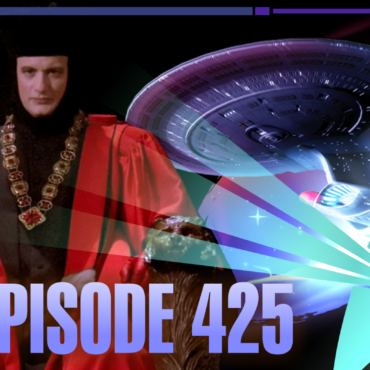 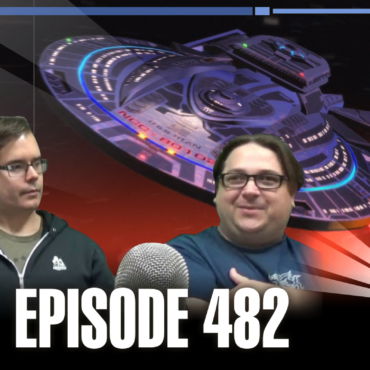 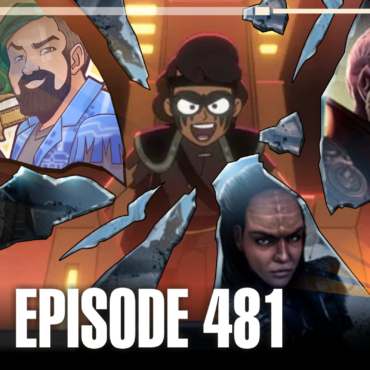