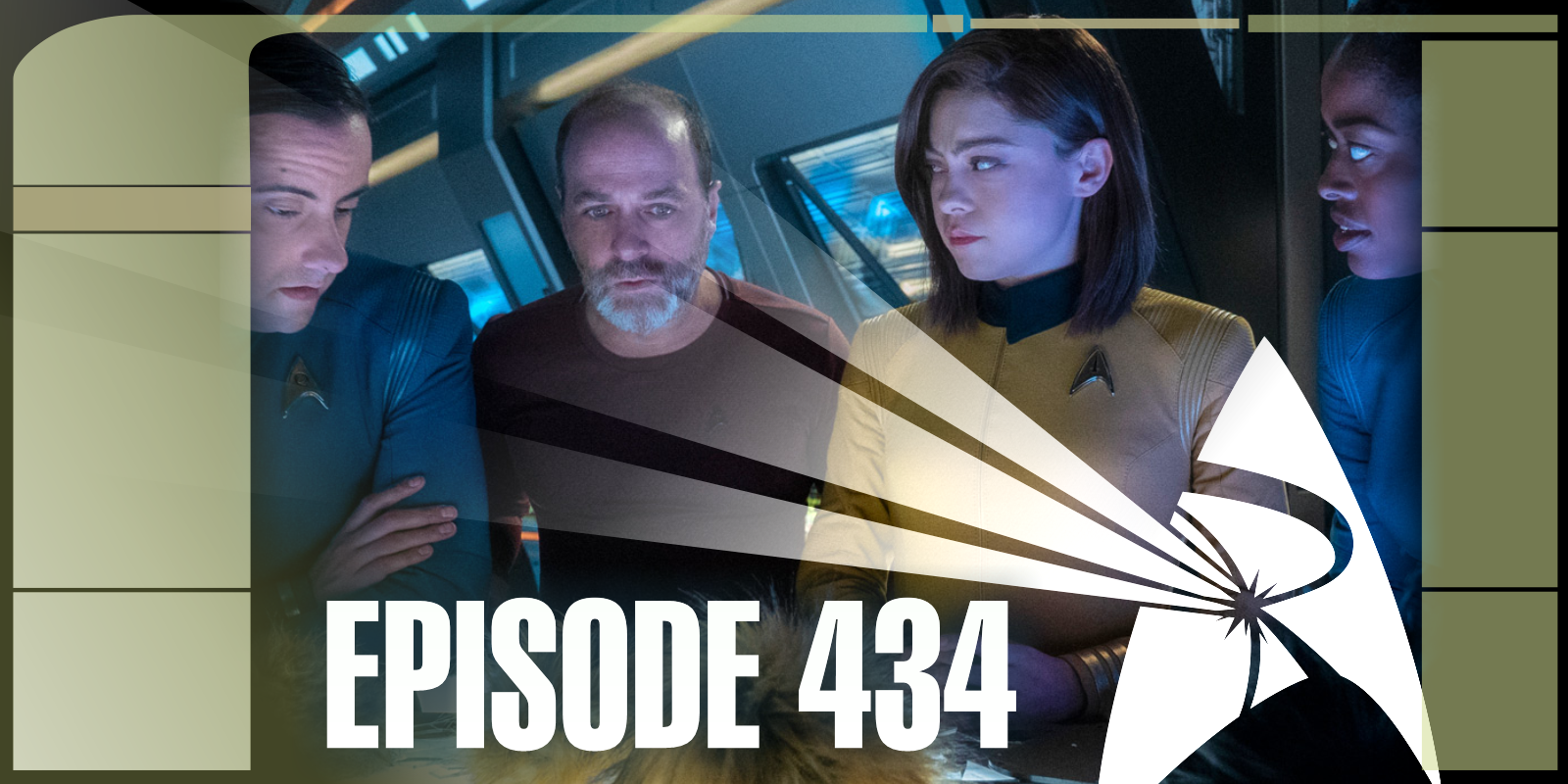 This week on Priority One — the merchandising train has begun for Picard with a special DVD/Comic book release; Galaxy Quest celebrates 20 years with a theatrical documentary presentation; Star Trek Online participates in Breast Cancer Awareness month with a limited bundle that is so hot… it’s pink!

CQ: Where does Galaxy Quest rank (if at all) on your list of favorite Trek films?

CQ: With the new changes to the Event Campaign for another T6 ship will you be playing daily to get your progression or do you plan on buying out any of the individual events?

If your ideal Starfleet Captain is principled, intelligent, diplomatic, tough, inspiring… in a word, Picard, then it’s a great time to be a Trekkie! Just in time to prepare yourself for the forthcoming Picard series, CBS Home Entertainment has released a six disc Blu Ray set dedicated to the great Captain himself.

Titled the “Star Trek Picard Movie & TV Collection”, the set includes all four Star Trek: The Next Generation movies (Generations, First Contact, Insurrection and Nemesis) as well as special editions of two-part episodes “The Best of Both Worlds” and “Chain of Command”.  These specially reconfigured episodes have been edited to play both parts seamlessly, like a single film.

And to cap off the set, IDW Publishing, the home of official Star Trek comics, has created an exclusive 16-page comic book titled “Star Trek: Sky’s The Limit”. Several sample pages of the issue are previewed on StarTrek.com. In the preview, we pick up with a scene of the Enterprise-D crew reminiscent of where “All Good Things” left them – playing poker with Captain Picard. Just as Riker applies the pressure to Picard, calling his bluff, the game is interrupted by a priority Starfleet communication.The Enterprise must respond to a Maquis hostage situation on Akavan 3.

And if you’re an international Star Trek fan who watched, maybe a little enviously, while we brought you our New York Comic Con and PaleyFest coverage of Star Trek Picard, then hold your breath no longer and book your trip to Destination Star Trek in Birmingham, England.

The Captain himself, Sir Patrick Stewart, has been confirmed as a special guest appearing on Saturday, October 26th to talk about the new show. Tickets to his appearance in the main theater are available through the event website, linked in our show notes.  Each ticket also includes a limited edition DST “Star Trek: Picard” poster.

In other news of interest to our U.K. listeners, British TV network Channel 4 has purchased the rights to stream Star Trek: Discovery on their E4 digital channel, along with the comedy “Man With a Plan” starring Matt LeBlanc.  According to CBS Studios International president of sales, Barry Chamberlain, “Channel 4 is already a licensee for several of our top-rated franchises, including ‘The Good Fight’ and ‘Charmed’, and we are confident they will have continued success with ‘Star Trek: Discovery’ and ‘Man With a Plan’.”

If I asked you, “What’s the funniest Star Trek movie, what would be your answer?”

Obviously, the only right answer is the 1999 classic “Galaxy Quest”!

We’re coming up on the film’s 20th anniversary, and Fathom Events have announced a One-Day-Only special event “Never Surrender: A Galaxy Quest Documentary”.  The documentary, which will screen on November 26th in select theaters, explores how the movie has become a cult classic and fan favorite.

The film features interviews with almost the entire cast, including Tim Allen, Sigourney Weaver, and Sam Rockwell, as well as appearances by Wil Wheaton and Brent Spiner and other celebrities. Sadly, of course, Alan Rickman passed away before he could be interviewed, but his cast mates share their touching recollections of working with him. Roth Cornet, a producer, says “If you love Alan Rickman, that’s the moment for me, when we talk about Alan passing. I got choked up.”

U.S.S. Franklin from Star Trek Beyond

The Kelvin Universe continues its invasion of Star Trek Online with the newest Tier 6 ship being that of the U.S.S. Franklin, from the third Kelvin-JJ-Lens Flare movie, Star Trek Beyond. The Freedom-class exploration frigate features a Lt. Commander Universal/Miracle Worker Bridge Officer Station and a Lt. Commander Universal/Pilot station. It can be equipped with 5 forward weapons and 5 tactical consoles. It comes with the Universal console, VHF Disruptive Transmission, which when activated blasts high frequency radio waves towards nearby foes dealing electrical damage, and will increase the ship’s maneuverability. The console also passively boosts electrical damage and hull capacity. The level five starship mastery trait is Smooth Landing, when slotted activating Evasive Maneuvers will apply Brace for Impact, and activating Brace for Impact will also apply Evasive Maneuvers.

You can obtain the Freedom-class frigate from the Special Requisition Choice Pack found in Research and Development packs from now until October 31st. R&D packs purchased from the Ceeeee-store will grant either 10 Lobi crystals or the Tier 6 Promotion Ship Choice pack. You can choose from any of the previous ship available in the choice pack or you can fly home this brand new U.S.S. Franklin style Freedom-class frigate. For more details and stats on the ship, trek out the show notes.

Defend the Kobayashi Maru to Earn another Free T6 Ship

With the return of Starfleet’s ultimate test, the Kobayashi Maru, captains on PC can also earn rewards towards another free Tier 6 ship from the Ceeee-store. You can now find the event details in the shiney new Events tab in the mission journal. There are a few changes to the event. First, the amount of progress needed to claim the reward has been reduced from 3,000 to 2,100. Because the overall progress is spread over several events, when you use the buyout option for a single event you will receive up to 700 progress in the Event Campaign. The actual amount will be determined based on the amount of progress you’ve already made in the single event and the pro-rated discount. There will still be bonus progress periods, however, expect them to be less frequent this time around.

Also, the Kobayashi Maru scenario will see some changes as a Featured TFO. There is no minimum level to participate. As long as your character has completed the tutorial, chosen an allegiance for Romulan and Jem’hadar, or traveled to the present timeline for Discovery and TOS characters, they can participate in the TFO. Also, while the TFO is featured it will complete after wave 6 and the failure conditions of either all players being dead or the transport being destroyed have been removed. After its run as the featured TFO the “infinite” version of the scenario will return with the failure conditions and normal rewards. This feature TFO runs from now until November 7th.

October is breast cancer awareness month and Star Trek Online has teamed up with Groupees to raise money for the National Breast Cancer Foundation. Players can go to Groupees.com/sto and choose from 3 donation bundles to help fight breast cancer and get some exclusive in game items. For a $1 donation you will receive a Pink Genetically-Altered Safe Tribble which grants +.01 Health Regen and +2% Maximum Hit points, a Pink Risian Lunarian Caracal, a Pink Vanity Shield, and a Pink Ribbon Badge. If you donate just $5 you will receive all of those items, plus a T6 M’Kla Pilot Bird of Prey and a T6 Shran Light Pilot Escort. And finally for just a $10 donation you get all of the previous items and ships, PLUS a T6 Europa Heavy Battlecruiser and a T6 Kurak Battlecruiser. Act fast, the $5 and $10 bundles are limited — and the $10 has already sold out at the time of this recording! For links to the items and donation page, trek out the show notes.

Hearts and Minds Returns for Halloween

Captains on both PC and console can run the Hearts and Minds mission from October 30th thru November 1st and receive those special rewards.

And console captains can participate in a Bonus Marks weekend from now until Monday, October 21st. Then look for a Research and Development weekend from October 24th to the 28th.

A couple KDF fleets are getting much closer to Tier V Colony Upgrades – House of Martok and House of Mogh – well done all, keep those colony projects filled.

The Gambling Device, found in the Lobi store for 30 crystals, is probably the best buff device you can get. For those of you not familiar with the Gambling Device, it’s a ground item that when you activate and win, it will buff you +10% Crit Chance, +10% Crit Severity, +15 Dodge for one hour. If you lose it will give you negative buffs for one minute. Now the really great thing about the Gambling Device is that you can remove it and swap in another device without removing the buff. Now don’t get too excited, this buff does not stack with Tribbles. But if you really need that Laser Dino, Hypospray, Frequency Remodulation, and Shard of Possibilities, you can swap in the Gambling Device, buff up, and then swap the good stuff back in. 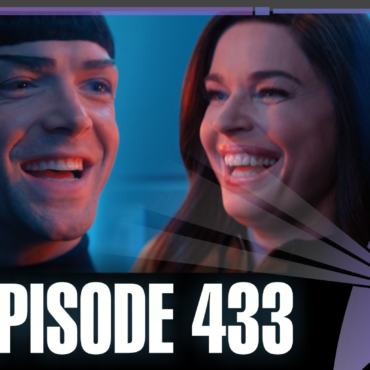 We Trek Out Star Trek’s NYCCC’s offerings, Paley Center Red Carpet interviews with the cast of Discovery, and our review of Short Trek “Q&A.” 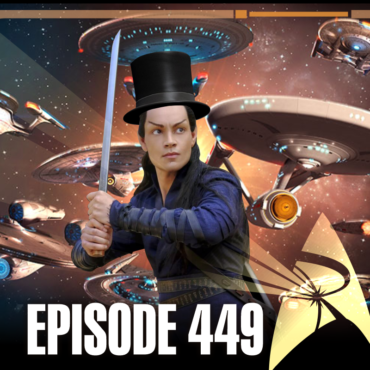 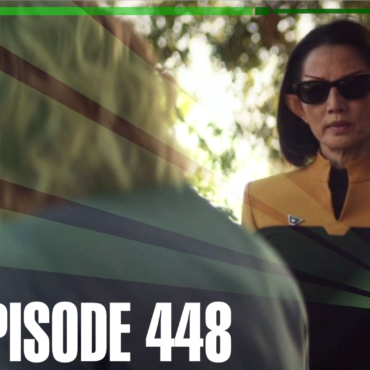