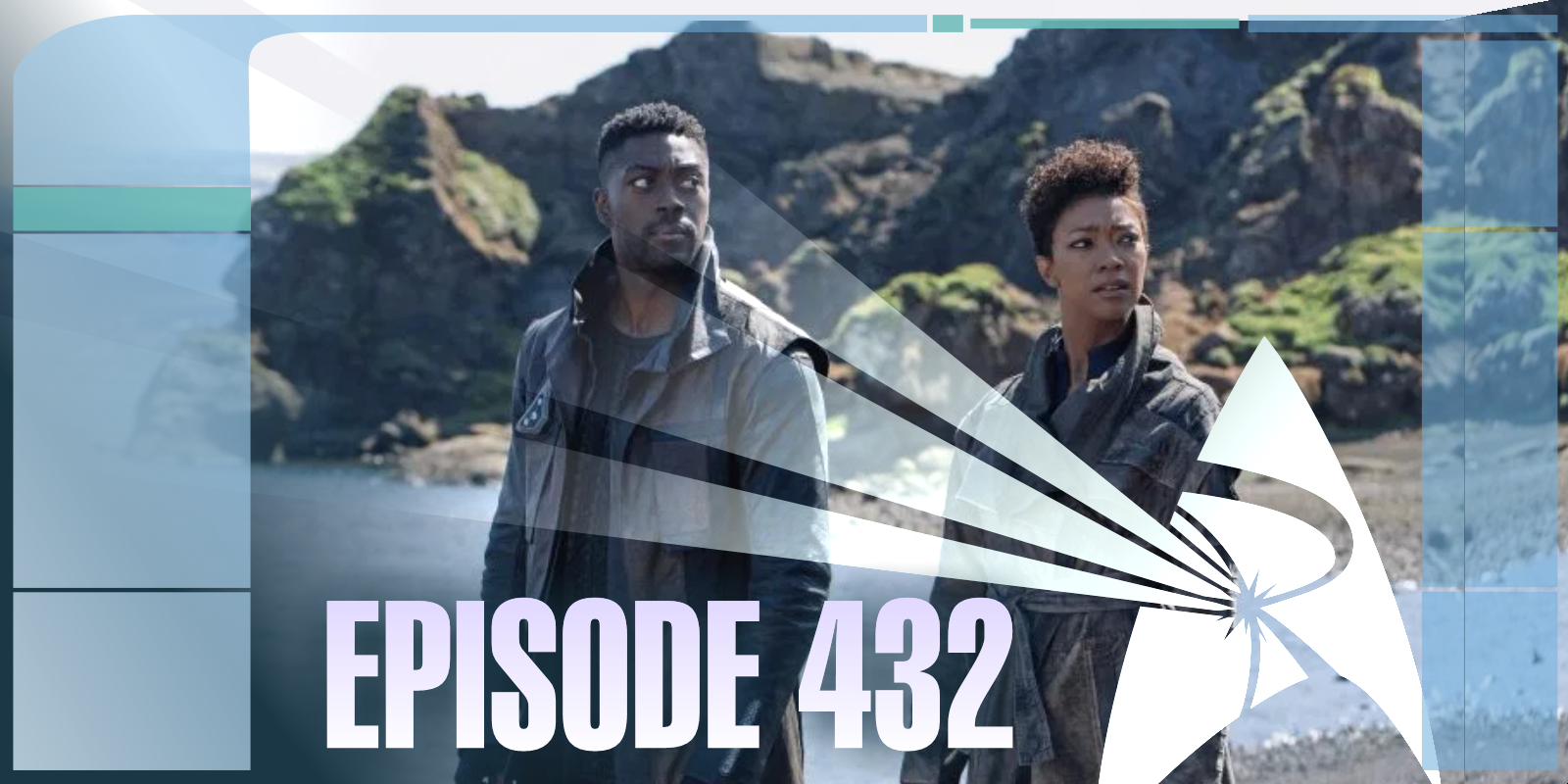 This week on Priority One we Trek Out CBS Stages Canada, Anthony Rapp and David Ajala talk trek, Doug Jones dips trek nuggets, and Star Wars news? In Star Trek Gaming, we look back at the STO’s Mycelial Event and Timelines’ October schedule before hearing from YOU in feedback!

Mississauga. From the Anishinaabe word Misi-zaagiing, meaning “[Those at the] Great River-mouth”. Also the second most populous city in the greater Toronto area. Also, also about 18 miles from downtown Toronto. Also, also also the new home of CBS Stages Canada!

On Sunday September 29th, provincial and local representatives celebrated the opening of CBS’s 260,000 square-foot space, six soundstage multi-use production studio alongside CBS top-brass. CBS Global Distribution Group President and Chief Executive Officer Armando Nuñez said of the opening “CBS is a global company that has had a storied history and broad footprint throughout the provinces, both as a producer and distributor. With the addition of the new studio space, we will be able to diversify and expand in ways that were not previously possible.”

President of CBS Television Studios, David Staph, added “we came to the realization that we not only needed additional production space, but that Mississauga, with its strong production infrastructure and long history of crafts expertise, was the perfect location for our international expansion.” Staph later expanded on this thought, telling The Hollywood Reporter “we didn’t have a place to call home. That’s what we really wanted. So branding it ‘CBS’ was important in telling the community we’re here, and we’re here for good. And we are your partners and good partners”

The aforementioned CBS Stages Canada wasn’t ONLY for officials – some of the stars came out for the festivities. Star Trek: Discovery’s Sonequa Martin-Greene, Anthony Rapp, and newcomer David Ajala made appearances, and ET Canada caught up with Rapp and Ajala to discuss the new studio, Star Trek: Discovery, and Star Trek in general!

Rapp spoke of the importance of CBS Stages Canada, saying “To have a permanent home for the studio, I think, is really meaningful to so many artists, and craft-people, and technicians.”

Ajala echoed, saying “Being here, and just seeing the commitment that CBS is making is fantastic. And like David [Staph] said, they’re sowing seeds into their future, to hopefully build more avenues for great work that we can all be very proud of.”

While the pair couldn’t say much about Discovery’s upcoming third season, they once again verified that Ajala’s character was from the future-future. They also spoke about their thoughts on what makes Star Trek such a cultural phenomenon. Rapp said “I think a lot of things. One of them is it holds up a possible vision of the future that is incredibly appealing because its a future in which all of the things that have divided us for so long no longer divide us. And I think we’re especially, right now, really hungry for that sort of vision”

Ajala agreed with Rapp, and expanded on the thought, saying “An idea can start something really really small, and can expand into something great. But it all starts with a thought, you know? And this show is very forward thinking”

Jones gave some insight into Discovery’s third season progress, saying they are about one-third of the way through filming, before praising the series scribes “The story is unfolding at a rapid pace. The writers of this show have just blown us away”

Jones continued, saying “Season 3 is going to blow you away. We jumped to the future at the end of season 2. This is a big deal. We’ve boldly gone where no Star Trek series has gone before. So we started with the original series, now we’ve jumped all the way to after “Voyager”. So we’re gonna see what happens in the future. What condition is the Federation in? We don’t know yet. We’re gonna find out when we land. What happens to me and my rank? I’m a Commander, but I’m also acting Captain of the ship because we lost all our captains now. I take the ship and so, do I get to keep the Captain’s chair? Do I have to give it away to another Federation/ Starfleet captain in the future? We’re gonna find out all that when we get there.”

Captains assemble! In news that broke on September 25th, The Hollywood Reporter reported that President of Marvel Studios – Kevin Feige – would have a hand in the next chapter of Star Wars. Fiege, who has been in charge of Marvel Studios since 2007, was at the helm for Marvel’s meteoric rise from Comic books to Cinematic Empire, and is expected to guide Star Wars as it moves away from the Skywalker saga.

So why is Priority One, your weekly report of all the major news happening in the Star TREK Multiverse, covering a Star WARS story? Because Wars may be trekking to the light side. Feige is a confirmed Trekkie!

Inverse did a great job of compiling Feige’s Star Trek references, including a Crave.com interview in which Feige said //QUOTE//I had never thought of this before, but what do we do in Iron Man Three? Blow up Tony’s house, blow up all of his suits. What did we do in Captain America 3? Shatter the Avengers, shatter his relationships with Tony Stark and half of the characters that have become his present day foundation…In every part three, we can. And we’ve blown up Asgard in this! Oh my god, we’re one-trick ponies. Oh my god… Search what happens in Star Trek III: The Search for Spock.//END QUOTE//.

Let’s not forget the Punk rocker from Star Trek IV that made an appearance in “Spider-Man: Homecoming”, or when Feige referenced The Next Generation Finale //QUOTE//I talk a lot, because I’m a big-{EXPLOTIVE] nerd, about Star Trek: The Next Generation, ‘All Good Things.’ That to me is one of the best series finales ever. That wasn’t about death. Picard went and played poker with the crew, something he should have done a long time ago, right//END QUOTE//

Patch Notes were light on PC this week, but there is a pretty exciting change sneaking in there! Along with some minor bug fixes, this Patch has increased the XP and Mastery XP modifier for Patrols in the new Patrol System from double XP to TRIPLE XP. This is great news for players looking to rank up Ship Mastery quickly to obtain Starship Traits.

The Mycelial Crisis Event on PC is Ending Soon!

While we’re just a couple weeks away from the Mycelial Crisis Event launching for STO’s Console players, the Event on PC is almost finished.  When this episode is published, there will be just five days and a few hours for PC players to finish earning their T6 Elachi Qulash Frigate. If you’re listening on or after Friday October 4th, and you have less than 840 Progress Points earned, you won’t be able to reach completion. But don’t give up, because every Point you earn brings down the price of the C-Store buyout. So even after the Event ends, you could grab the rewards for pro-rated amounts of Zen.

If you haven’t already been taking advantage since Thursday, this weekend is an Upgrade Weekend on the PC.  During the weekend, you’ll get 100% extra Technology Points on item upgrades. It’s a great time to make use of those upgrade tokens you’ve been saving, especially the Phoenix Upgrade Tokens! It’s also a great way to keep Dilithium costs down for upgrades that aren’t Phoenix Upgrades.

Throughout the month of October, Timelines will be running a Mega-Event they’re calling “Mudd Amuck”. According to the event announcement, “As is fitting for Halloween our October Mega-Event will task our captains to keep up, and more importantly catch up, with the infamous trickster that everyone loves to hate: Harry Mudd.” Mudd has gotten his hands on Time Crystals, and players have to get them back before disaster strikes. In the course of four back-to-back weekly Events, players will encounter new variants of Pike, Owosekun, Po, Burnham, and Saru. There will also be an opportunity to encounter Vina and even the Ba’ul. Discovery crew will provide special event bonuses throughout the month.  Achieving threshold rewards in each weekly event will grant players with Tenavik, the Klingon monk and protector of the Time Crystals. 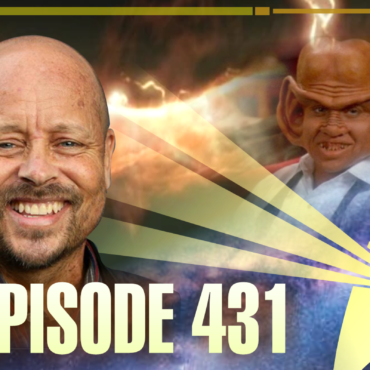 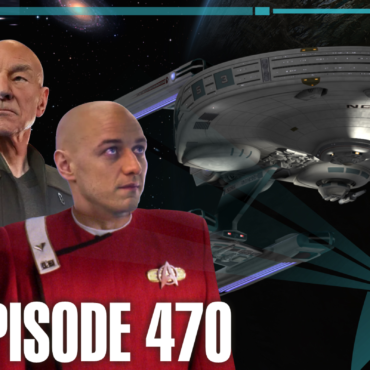